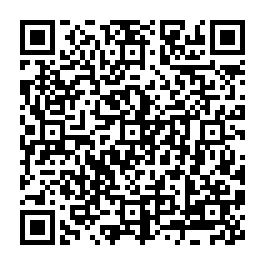 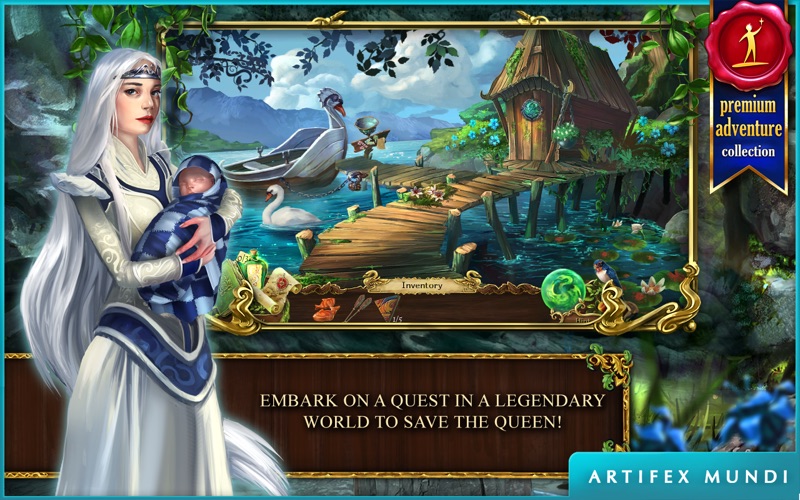 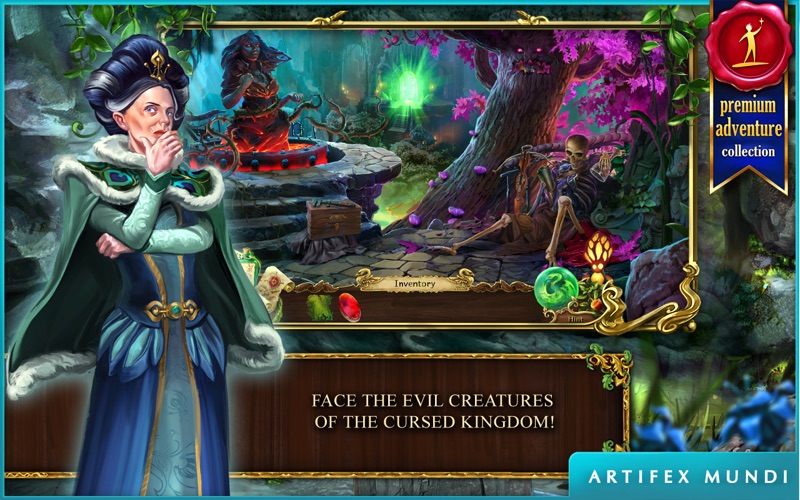 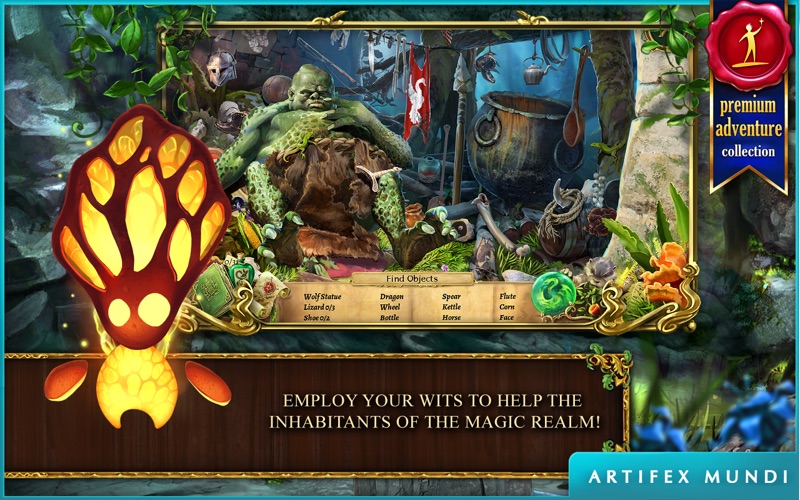 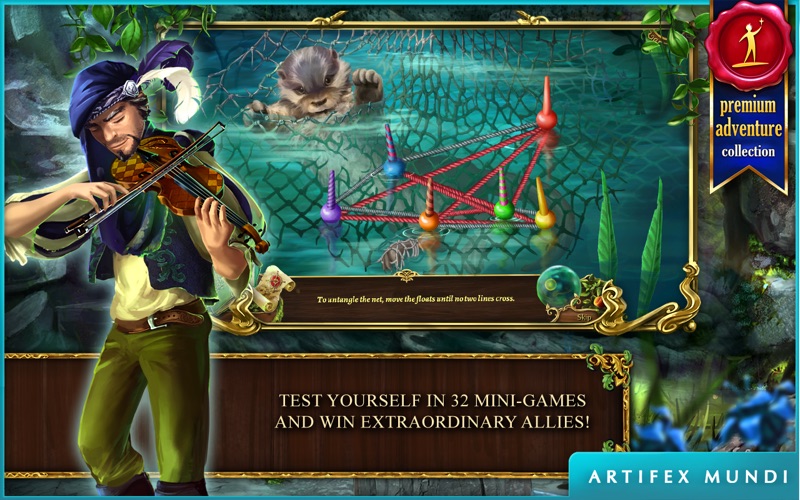 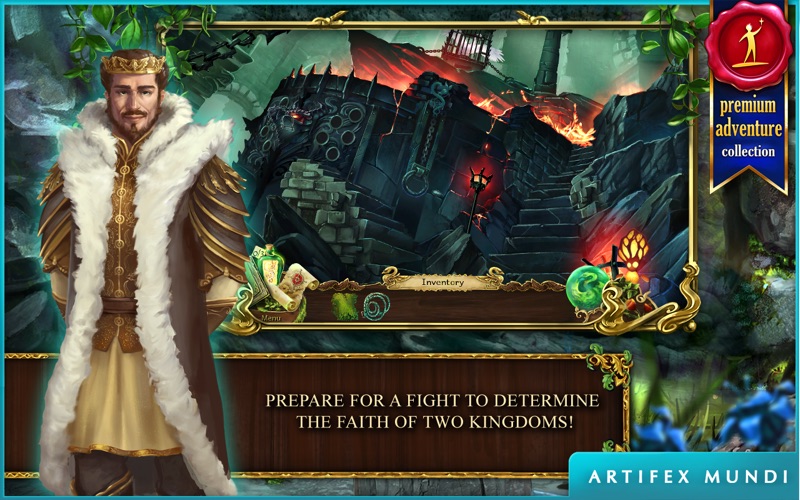 FANTASTIC HIDDEN OBJECT PUZZLE ADVENTURE GAME FROM THE CREATORS OF ENIGMATIS AND GRIM LEGENDS!
Embark on a dangerous quest through mysterious ruins and magical woods in the second chapter of Grim Legends series. Save the young queen from a mortal danger and change the faith of the entire kingdom!

When a mysterious illness befalls the queen of the Eagle Kingdom, a famous healer is summoned to Eagle Castle to examine her.

The Healer’s quest takes a sudden turn when the infant prince vanishes under mysterious circumstances. The queen is accused of practicing dark magic and thrown into the prison tower.

According to the kingdom’s law, sorcery is a crime punishable by death. The desperate King, believing his wife is innocent, begs the healer to find a way to exonerate the queen.

The protagonist has only one day to reach the ruins of the Swan Kingdom and unravel the mystery behind the ruling family’s curse. Only then will she manage to find the young heir to the throne and save the queen from her execution.

Will the healer be successful in saving the queen? Will she rescue the little prince from the clutches of dark magic?

The fate of two kingdoms lies in the healer’s hands.

• A legendary realm imagined brilliantly in 42 hand-painted locations
• 3 fairy-tale sidekicks to help you in times of need
• 32 challenging mini-games and 16 hidden-object scenes
• 14 intriguing characters to meet on your journey
• An additional story told from two different perspectives!
• 29 achievements to unlock!

THANKS A LOT – We’ve received your feedback and made some changes to make you all happy. By the way: don’t forget to let us know how you like them.